Seven Wonders of the Waterways

The Seven Wonders of the Waterways

The ‘Seven Wonders of the Waterways’ list was compiled by the author and co-founder of the Inland Waterways Association, Robert Aickman, and was published in his 1950’s book Know Your Waterways.  The list still stands as a guide to some the most spectacular canal structures on Britain’s canal network today.

The Pontcysyllte Aqueduct – carrying the Llangollen Canal 38 metres above the River Dee, the amazing World Heritage Status Pontcysyllte Aqueduct is the highest and longest aqueduct in Britain. Built between 1795 and 1805, it has 18 massive stone piers, supporting a 300-metre long trough for the canal to run through.  Our nearest canal boat holiday starting points are at Trevor, Chirk and Blackwater Meadow.

The Anderton Boat Lift – also known as ‘The Cathedral of the Canals’ this extraordinary structure raises boats 15 metres from the River Weaver up to the Trent & Mersey Canal. Designed by Edwin Clark and opened in 1875, it consists of two caissons, each large enough to take a pair of narrowboats.  Our nearest canal boat holiday starting points are at Anderton and Acton Bridge.

The Caen Hill Flight – with 16 of its 29 locks falling in a straight line, the Caen Hill flight of locks on the Kennet & Avon Canal at Devizes in Wiltshire is visually the most impressive in the country. The locks raise or lower boats by 72 metres over two miles and it takes around six hours to travel through them. Our nearest canal boat holiday starting points are at Devizes and Hilperton.

The Bingley Five-Rise Locks – completed in 1774, this spectacular staircase of locks on the Leeds & Liverpool Canal 17 miles from Leeds, raises (or lowers) boats 18 metres in five enormous chambers. The locks open directly from one to another, with the top gate of one forming the bottom gate of the next.  Our nearest canal boat holiday starting points are at Barnoldswick and Silsden.

The Standedge Tunnel – tunnelling for over three miles beneath the Pennines, this incredible feat of canal engineering is the longest, highest and deepest tunnel on the canal system. Cutting through solid rock, it took the canal builders 16 years to construct, finally opening in 1811.  Today boaters need to book their passage though in advance with the Canal & River Trust.  Our nearest canal boat holiday starting points are at Sowerby Bridge and Barnoldswick.

The Burnley Embankment – also known as ‘The Straight Mile’, the mile-long Burnley Embankment carries the Leeds & Liverpool Canal over 18 metres high above part of the town of Burnley, offering boaters breath-taking panoramic views of the surrounding countryside. Our nearest canal boat holiday starting point is at Barnoldswick. 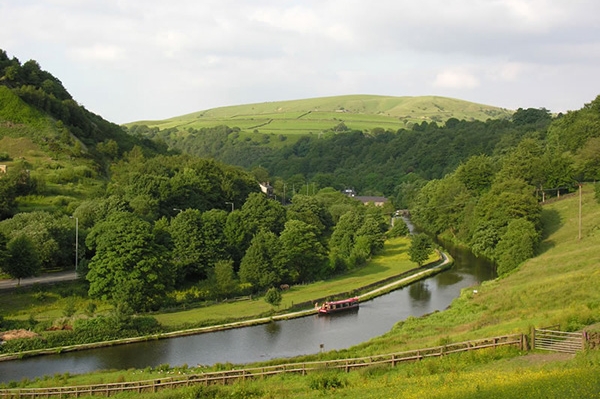 From the quiet remoteness of the Leeds & Liverpool Canal where it crosses the Pennines, to the regenerated waterfronts of exciting cities like Manchester, Leeds and Liverpool, Britain’s northern waterways offer canal boat holiday makers a fantastic choice of routes with many iconic canal structures. 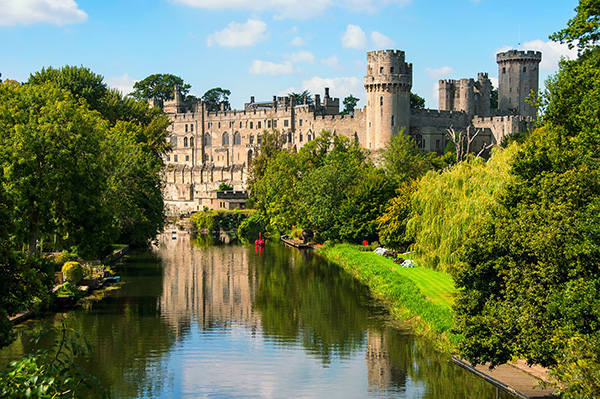 From peaceful country villages with historic local pubs, to some of Britain’s best-loved towns and cities with world famous attractions like Shakespeare’s Stratford and Warwick Castle, our central waterways offer the chance to see the Heart of England from a unique perspective.. 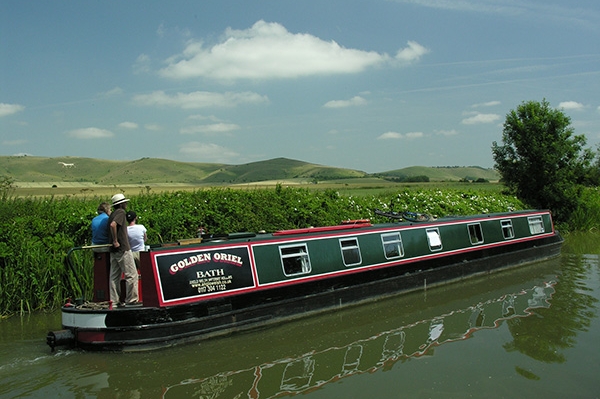 From the majesty of the Royal River Thames to the peaceful countryside of the Kennet & Avon Canal, the waterways of southern England offer narrowboat holiday-makers the chance to enjoy some of Britain’s best loved countryside, as well visit iconic cities like World Heritage status Bath and Oxford.